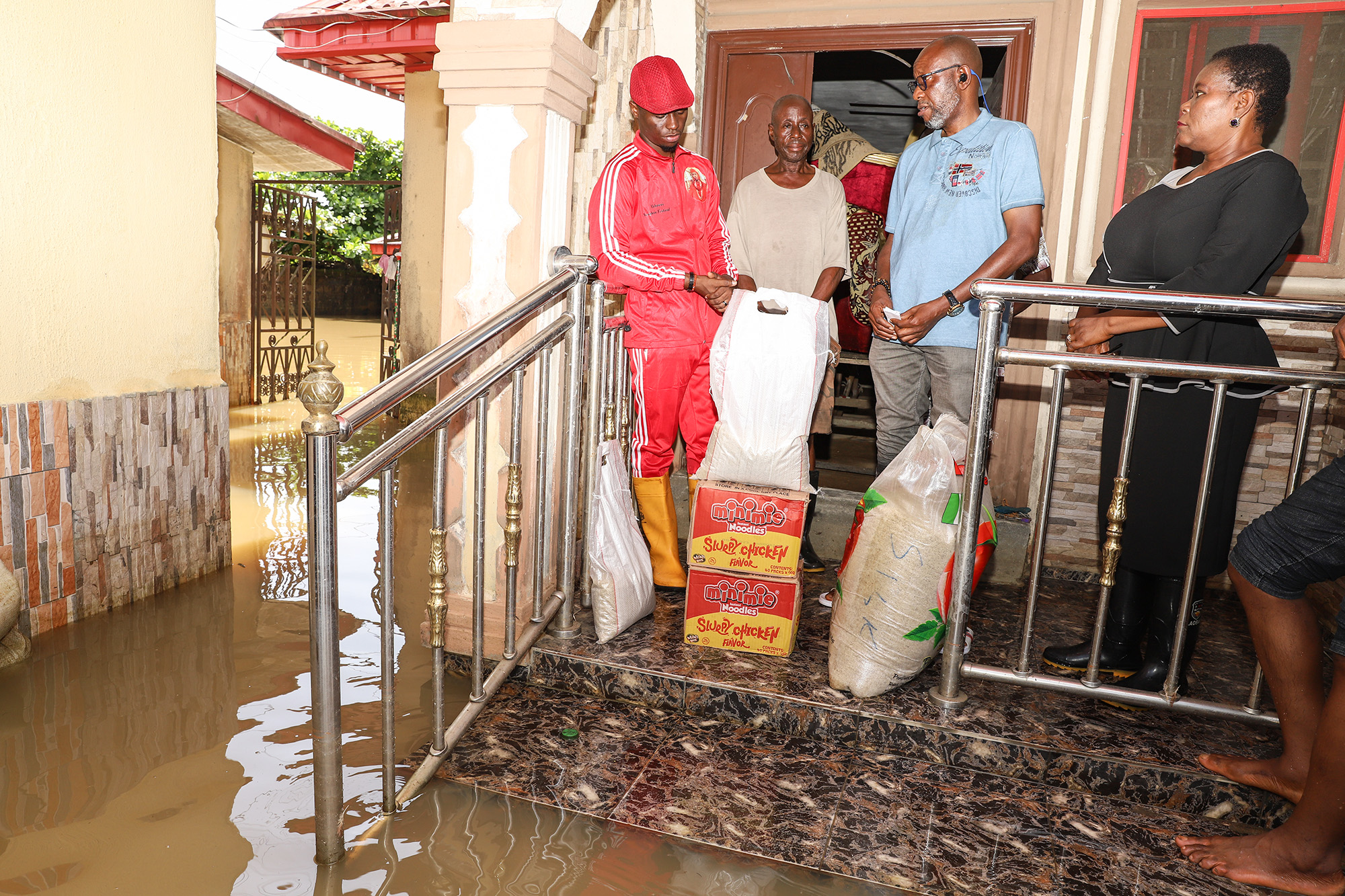 Making the commendation at his palace in Patani, Headquarters of Patani LGA of Delta State, after receiving the items, the Pere of Kabowei Kingdom, King (Bar.) Shadrack Erebulu, expressed deep appreciation to the IA for the kind gesture.

The monarch noted that the materials would go a long way in ameliorating the difficult times created by the current floods, saying that it had been almost impossible to access food and other essential commodities due largely to destruction of portions of the East-West Road by the flood which had rendered Patani and nearby communities inaccessible.

According to the monarch, there’s palpable fear as they were contending with the destruction of their farmlands and rise in cases of snake bites.

Earlier, while presenting the materials, the IA of PAP, Maj. Gen. Ndiomu (rtd), said he was deeply touched by the havoc being perpetrated by the flood as the people were going through terrible times.

Represented by his Special Assistant, Special Duties, Freston Akpor, General Ndiomu, said Patani was one of the worst impacted places in the Niger Delta as the entire area was under water.

He explained that the presentation of the relief materials was just the first phase, noting that there would be a post-flood needs assessment that would set the stage for the second phase which, he said, would be more comprehensive.

The Interim Administrator, Maj. Gen. Barry Tariye Ndiomu (rtd) has earlier said this is part of the corporate social responsibility of the office to mitigate the sufferings of the people of the Niger Delta affected by the ravaging flood.