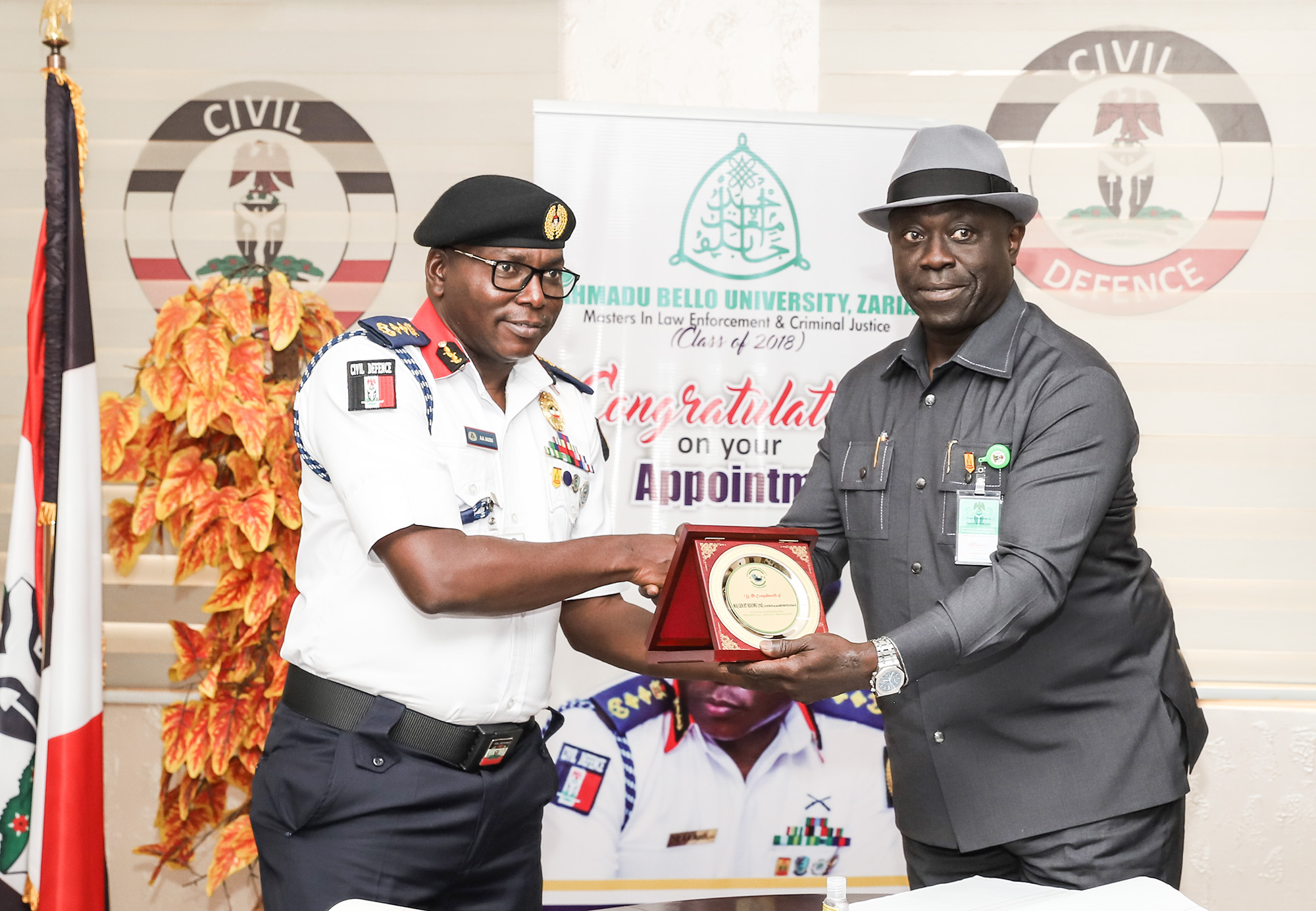 The Presidential Amnesty Programme (PAP) and the Nigerian Security and Civil Defence Corps (NSCDC) are set to collaborate for the gainful employment of ex-agitators.

This is the kernel of a high-level discussion held between the leaderships of both agencies of the Federal Government.

This was made known to the press during a courtesy visit by the Interim Administrator of PAP, Major-General Barry Tariye Ndiomu (rtd), who was received by the NSCDC Commandant-General, Dr. Ahmed Abubakar Audi and other management members at the NSCDC headquarters in Abuja.

Exchanging ideas to move the entire nation forward, especially the Niger Delta, Ndiomu appealed to Audi to consider employing ex-agitators or ex-militants, as they are also known, in the recruitment of personnel for pipeline protection and surveillance across the region.

Ndiomu said, “I believe that the Presidential Amnesty Programme presents a wonderful opportunity for the Nigeria Security and Civil Defence Corps to draw from, which is essentially why I have come. I hope that you will lend me a listening ear; so that we will leave here with some good news to relay back to the ex-agitators.

“It has gotten to my knowledge that the Nigeria Security and Civil Defence Corps is about to recruit a thousand personnel for pipeline protection and surveillance jobs. We have done a lot to ensure that some of the activities of miscreants within the society in the Niger Delta are checked.

“Considering the fact that we have these young men and women that we have trained in the Niger Delta and in spite training them, we are also expected to provide them gainful employment. This has been my focal interest since I assumed office because quite a few of them have been trained but have not been gainfully employed.

“ we should have a workable partnership between the Presidential Amnesty Programme and your good office, considering the fact that the objectives are similar because our job is primarily to ensure peace and security across the Niger Delta, including pipeline protection and surveillance.”

Ndiomu asserted therefore that PAP was in a position to vouch for the disciplinary state of ex-agitators for the past 12 years of its establishment.

He concluded, “We can tell you who is disciplined and has the capacity to work with you in the Niger Delta and we have their data.

“So, I plead with the Commandant-General that you accept our proposition so we can make available to you these able-bodied young men and women to work with you in the best interest of our country, especially in securing the pipelines and other infrastructure across the Niger Delta.”

In his response, Audi extolled the virtues of NSCDC personnel as the agency is best placed to ensure the protection and surveillance of pipelines in the Niger Delta and promised to present Ndiomu’s proposition to the Minister of Interior.

“ I have heard all you said. The PAP deals with ex-agitators in the Niger Delta. You baptize them, train them and it is also your responsibility to reintegrate them back into the society. Part of the reintegration is this issue that you have come this afternoon to seek.

“This service is ready to accept your proposition. A parable says, an idle mind is the devil’s workshop. Now, if you train these people and at the end you are not able to provide jobs for them, it may lead to crisis. I will transmit what you have told me to my Minister and table it to the board for possible consideration.”