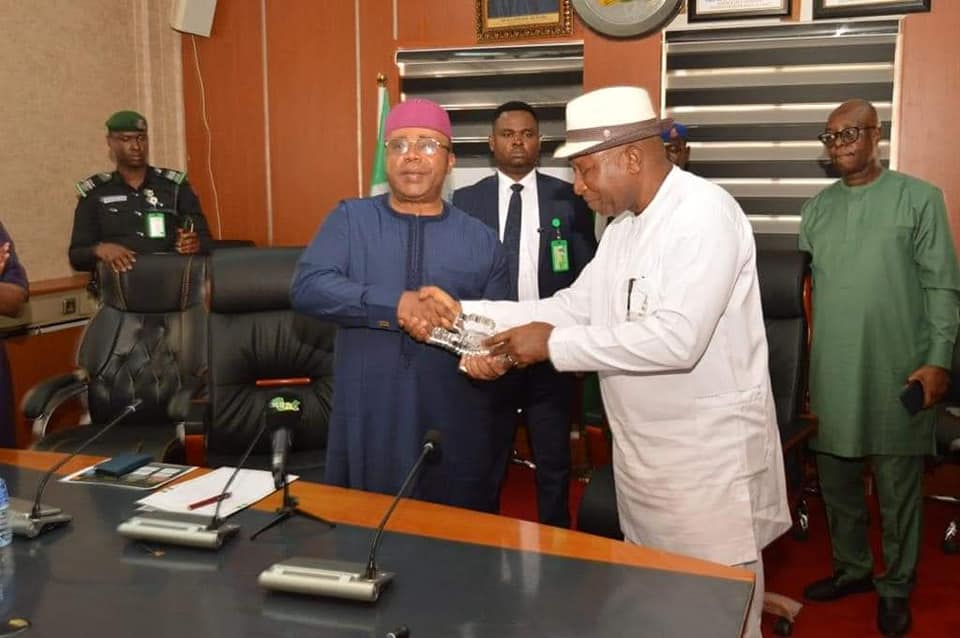 The Minister of Niger Delta Affairs, Presidential Amnesty Programme (PAP) and the Niger Delta Development Commission (NDDC) have resolved to tackle the issue of pipeline vandalism and illegal refining activities in Niger Delta.

The duo agreed that it was high time the ministry, PAP and NDDC worked in tandem to develop common practical template to tackle the problems in the region especially oil theft related activities.

Umana, who spoke when Dikio and PAP officials visited him in Abuja, said such joint rescue plan was required because oil theft and pipeline vandalism were undermining the peace and security of the nation.

He said: “Those of us in the Ministry of Niger Delta Affairs, the PAP, the NDDC and other stakeholders, including community leaders, should work together to address the burning issue in our region, which is the issue of oil theft and pipeline vandalism.

“I would like all of us to sit down and come up with a solution to this problem. I challenge all of us to work together to assist the Federal Government to solve the problem.”

A statement yesterday quoted Umana as saying that the NDDC and the ministry would consolidate their intervention plans into one blueprint for the holistic and more effective development of the region.

He acknowledged that Dikio was right in his argument that the region would be better off if the various agencies charged with developing it worked in one accord.

The minister offered to work with Dikio to achieve the objectives of its recovery plan, especially in the areas of training.

Earlier, Dikio informed the minister that the leadership of PAP embarked on the visit to congratulate him on his appointment and to seek areas of support and collaboration.

He said it was time all the agencies established for the improvement of the region began to work together for optimal impact.

Dikio identified infrastructural development as the key element in efforts to guarantee peace and stability in the Niger Delta region.

He added that the Amnesty Programme had developed a strategy to wean youths in the region from deviancy and militancy through an orientation plan targeting youths from the age of 12 years.

Dikio said the youth re-orientation project was part of the stabilisation plan that would create the right atmosphere for development partners to engage with and assist the region in its quest for development.