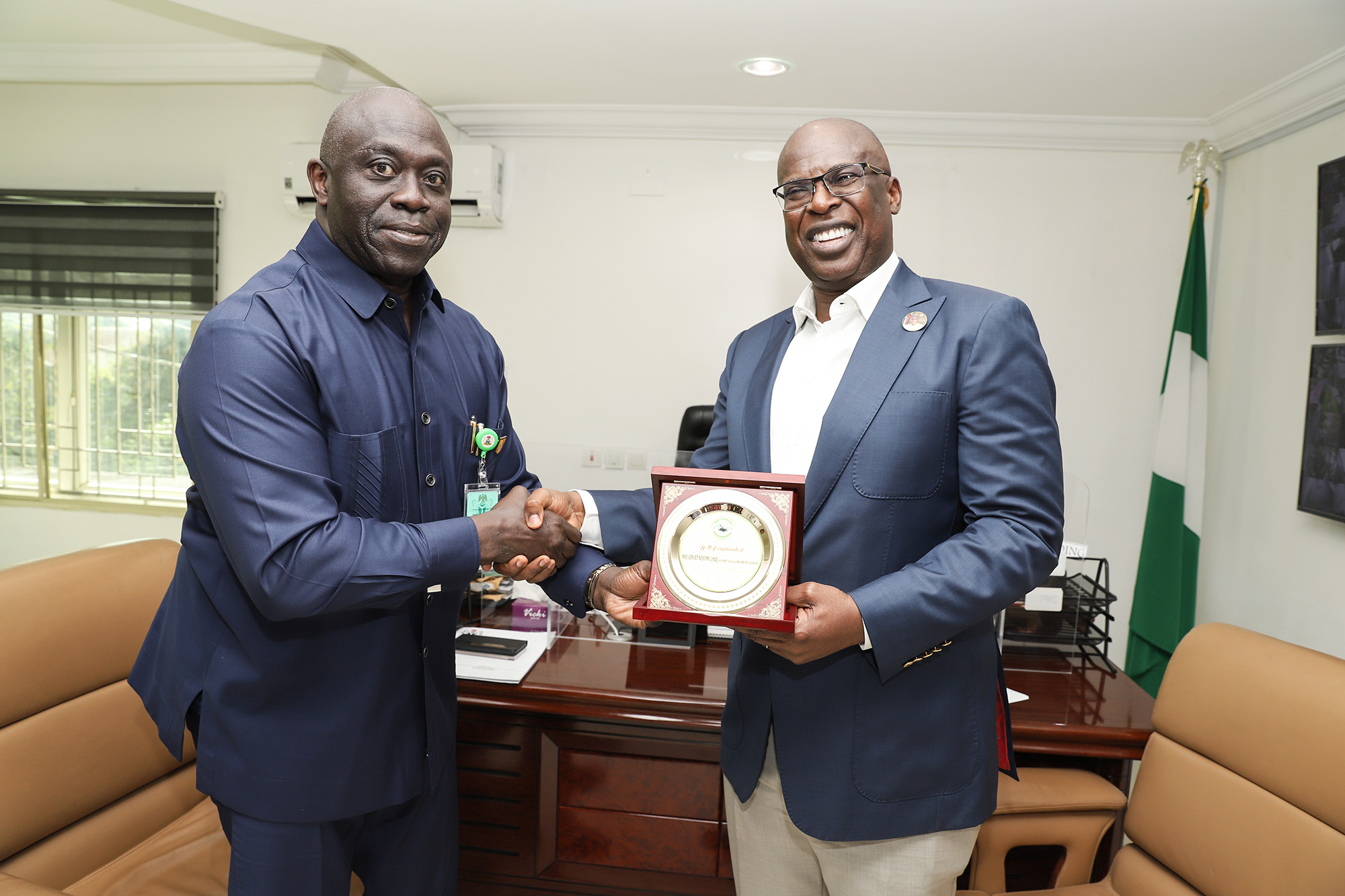 The Minister of State for Petroleum Resources, Chief Timipre Sylva, spoke glowingly about the Interim Administrator of the Presidential Amnesty Programme (PAP), Major-General Barry Tariye Ndiomu (retired), for the focused, transparent and effective manner the PAP boss has been administering the Federal Government’s Amnesty Programme since his appointment in September this year.

Sylva, on a courtesy call to the Headquarters of PAP, went straight into a 30-minute close-door meeting with Ndiomu to deliberate on how to lift the lives of the people of Niger Delta above poverty and make them major contributors to the national economy, especially ex-militants and people of impacted communities of the region.

Coming out of the meeting with smiles, the Minister and former Governor of Bayelsa State had only kind and commendable words for the way Ndiomu was handling PAP, especially his peace and development-building consultations with key stakeholders in the region.

Sylva used the brief occasion to refresh on how, as a contact man to ex-militants, he assisted the late President Musa Yar’Adua to “conceptualize” the Presidential Amnesty Programme and how he was able to re-contest and win the Bayelsa State Governorship Election when former President settled for the ex-Coordinator of Amnesty Programme, Mr Timi Alaibe, to lead the agency. He also spoke about the achievement

“You must have known a lot about how the Amnesty Programme started and how I assisted the late President Yar’Adua in conceptualizing it. He used Alaibe to stop me from running, for which Alaibe should be grateful. He also told Alaibe not to run for the governorship but to allow me run,” he added.

An elated Ndiomu presented a plaque to the Minister after he signed the visitor’s register, which ended with a photograph session.

“We thank you for honouring us with your presence today. We want to leave you with this little gift and honour too. Thank you,” Ndiomu said.