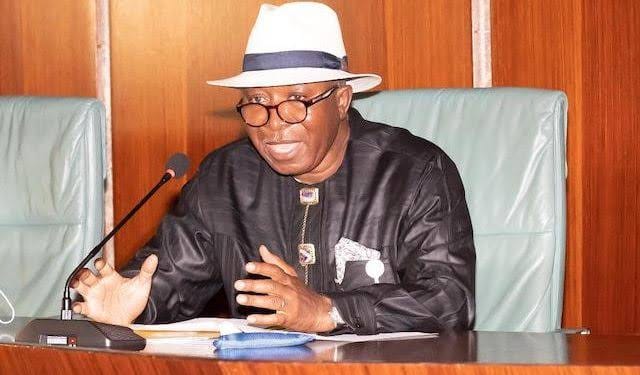 The Interim Administrator, Presidential Amnesty Programme (PAP), Col. Milland Dixon Dikio (retd) has explained that the scheme was up-to-date with the financial obligations of its genuine scholarship students. Dikio in a statement said the explanation became important following a protest by a group of persons in Yenagoa, Bayelsa State, who claimed that PAP was owing them.

The amnesty boss clarified that persons involved in the protest were already graduates, who were trying to arm-twist PAP to pay them beyond the period permitted by the rules and regulations guiding the scholarship scheme. He said PAP was only allowed to pay in-training allowances of students still under the scholarship programme and not persons, who had graduated from their various studies. Dikio said: “The PAP wishes to state emphatically that it is not owing any genuine students deployed under the PAP.

The PAP also wishes to state that the protesters are graduates demanding payment beyond the length of their academic programme which they are not entitled to. “It is imperative to note that PAP is only obliged to pay In-Training-Allowances to students still under the scholarship umbrella, and not students who have finished their final exams and are considered graduates. “The action of these delegates is a poor reflection of the purpose for which they were included in the programme and for which they were trained in their various schools”. Dikio said the students were properly catered for throughout their courses of study in their various universities describing their claims as dubious.

He said: “The PAP wishes to use this opportunity to sound a note of warning to current beneficiaries of the PAP scholarship scheme to conduct themselves in a proper manner in accordance with the rules and regulations of the programme. “Like other scholarship schemes, there are terms and conditions that guide the programme, which must be followed. It should be noted that necessary sanctions will be meted out to students, who do not conduct themselves in an orderly fashion. These sanctions include and are not limited to withdrawal from the scholarship scheme”.