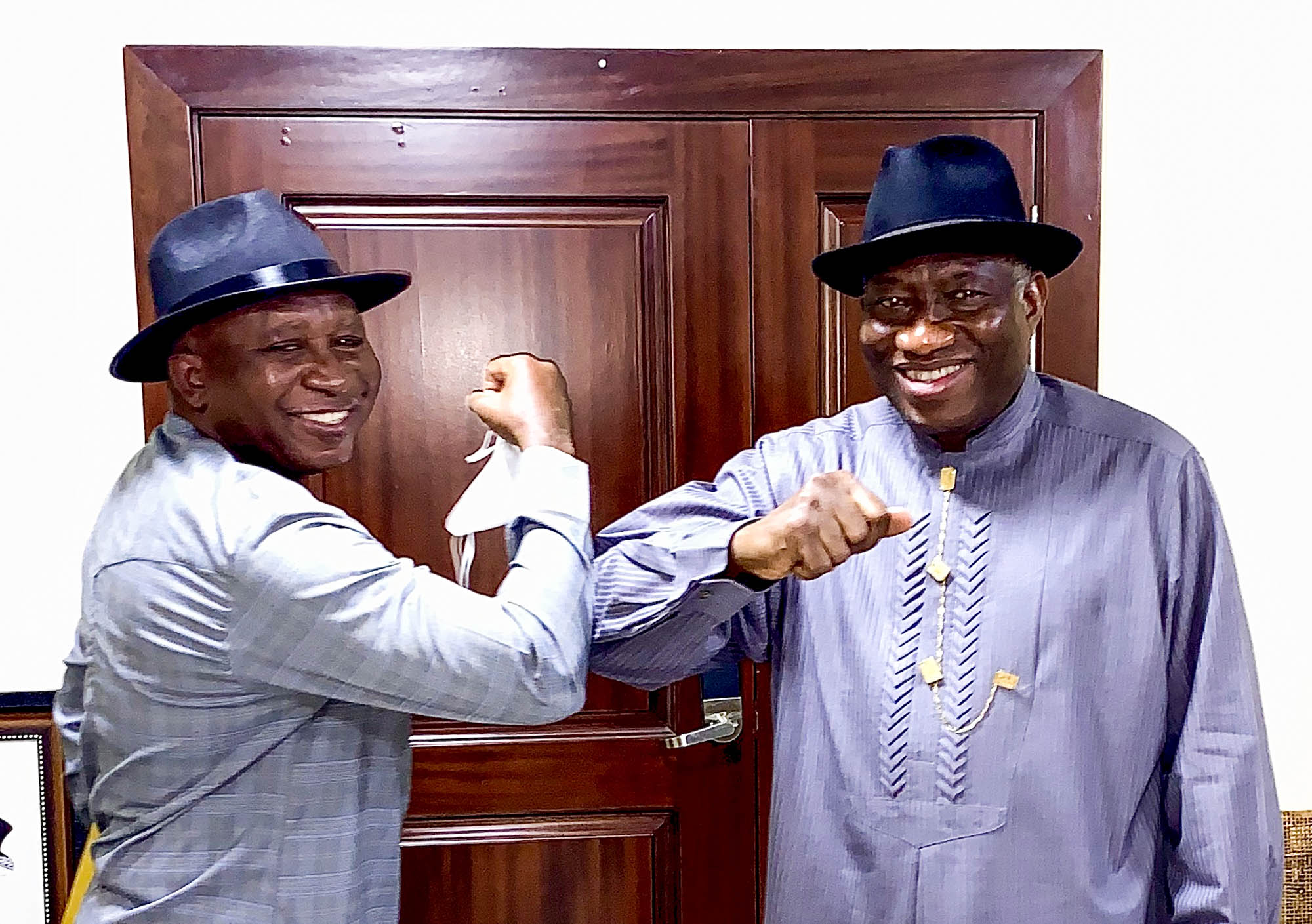 Former President, Dr. Goodluck Ebele Jonathan, on Thursday 15th October 2020 hosted the new Interim Administrator of the Presidential Amnesty Programme in Abuja, Col. Milland Dixon Dikio (rtd). In his welcome address, Dr. Jonathan urged Col. Dikio (rtd) to give priority to the sustenance of human capital development in the region in line with the objectives of the programme. The Interim Administrator visited him to signal the commencement of consultative meetings with critical stakeholders in the Niger Delta, having met with the Commander-in-Chief of Federal Republic of Nigeria, President Muhammadu Buhari last week.

He advised Col. Dikio (rtd) to ensure that the scholarships for degree programmes within and outside the country alongside payment of monthly stipends to beneficiaries of the Programme are given the deserved priority.

The former President urged the new leader of the Amnesty Programme to avoid the temptation of taking on responsibilities beyond the funding capacity of the Office. According to him, “One thing I should tell you also is that you should not bite more than you can chew as the saying goes. You should accommodate the projects which you think you can effectively carry out with your budget.”

Dr. Jonathan added that the Niger Delta Development Commission and the Presidential Amnesty Office have been of concern to the stakeholders even though the Amnesty Programme has fared better in terms of pursuing the objectives that inspired its establishment. He admonished that if 70 percent of funds budgeted for the two agencies were utilized for the intended purposes, the Niger Delta region would have been better.

Earlier in his remark, the Interim Administrator, Col. Dikio (rtd) hailed Dr. Jonathan for his historic role as the first President from the Niger Delta and midwifing the entire Amnesty process as the then Vice President to the late President Umaru Musa Yar’Adua. He added that his visit to the former President is in furtherance to his consultation with critical stakeholders in the region on how best to approach and tackle the task of productively running the office to the benefit of the region and Nigeria.

Col. Dikio (rtd) said that his vision was to restore and actualize the objectives that inspired the establishment of the Amnesty Programme through effective collaborative efforts with relevant government agencies, state governments and other stakeholders to achieve enhanced security for economic prosperity in the country. He said “Consistent with the strategic objectives of the Federal Government, I am determined to work with all committed stakeholders to refocus the Presidential Amnesty Programme (PAP) to its original mandate of development and security in the Niger Delta.

Col. Dikio (rtd) highlighted priorities areas of his vision to include:

Previous President Buhari Receives Amnesty Boss, Col. Dikio (rtd) In The Villa Next Notice To All Our Students