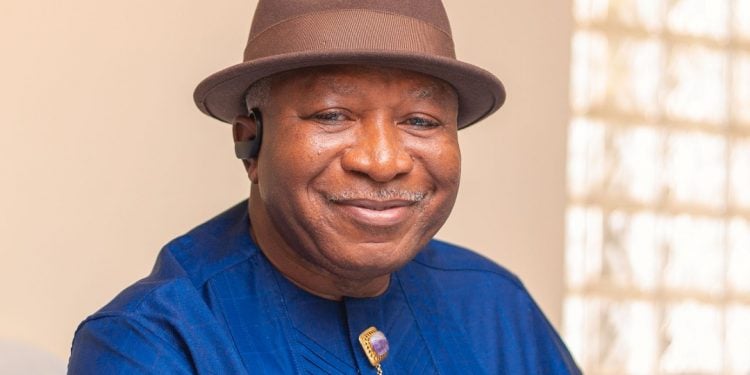 Amidst shocking revelation of monumental fraud involving three past administrations of the Presidential Amnesty Programme, PAP, ex-agitators have appealed to President Muhammadu Buhari to be wary of the antics of enemies of the Niger Delta region, who are plotting to stop the Interim Administrator, PAP, Col. Milland Dixon Dikio, from repositioning the programme for good. The ex-agitators, while speaking through the PAP’s Strategic Communication Committee, SCC, described those behind the campaign of calumny against Dikio as merchant of violence profiting from the endless crisis in the Niger Delta.

They said such individuals were angry that Dikio’s visions, programmes, and projects would end their crisis empire as they were designed to entrench peace, sustainably empower ex-agitators, and ensure the development of the region. Pastor Nature Dumale, the Chairman of SCC, who spoke in Port Harcourt, Rivers State, said since he assumed the amnesty office, Dikio had never wasted time blaming his predecessors for running down the programme. Dumale said the ex-agitators were happy that Dikio returned the programme to its original owners in the Niger Delta and chose the region to hold PAP meetings and other activities despite false claims by some persons that the Niger Delta was not safe.“In the past, we saw people take over the office, but kept playing the blame game and ended up achieving nothing. But Dikio has continuously sought ways to correct the wrongs and bring peace to Niger Delta. “Everything he has done so far is to reposition the Niger Delta for peace and development. He desires multinationals, which had left the region to return, do business and employ our people.“The region is feeling the economic multiplier effects of these engagements. The economic benefits trickle down to all stakeholders and business owners from hotels, to food vendors”. Dumale said the ex-agitators were also excited that Dikio adopted the Train, Mentor and Employ model to make them successful entrepreneurs and less dependent on N65,000 monthly stipends.

He said Dikio’s next plan was to camp the ex-agitators, who were still engaged in drug abuse, cultism, and other negative lifestyles, for a period of time for reorientation before empowering them. He appealed to President Buhari to focus on making Dikio the substantive coordinator of the programme insisting that his approach would permanently restore peace in the Niger Delta.“No one has addressed this programme in this magnitude; no one has addressed this programme through this way before. “Only Dikio has come with this vision. How can the enemies of the Niger Delta come to stop this kind of vision Dikio has put in place. “Enemies of the amnesty programme want our boys to return to the creeks because many of them will not survive except there is crisis in the region. They want crisis to continue. Their children are overseas, studying in the best universities but they want us to continue to protest”. ”We want to let the Federal Government know that there are people in this Niger Delta region, who survive only by instigating crisis and troubles. It is their only means of livelihood. We cannot be distracted by them now that we have found a solution to our problems”.